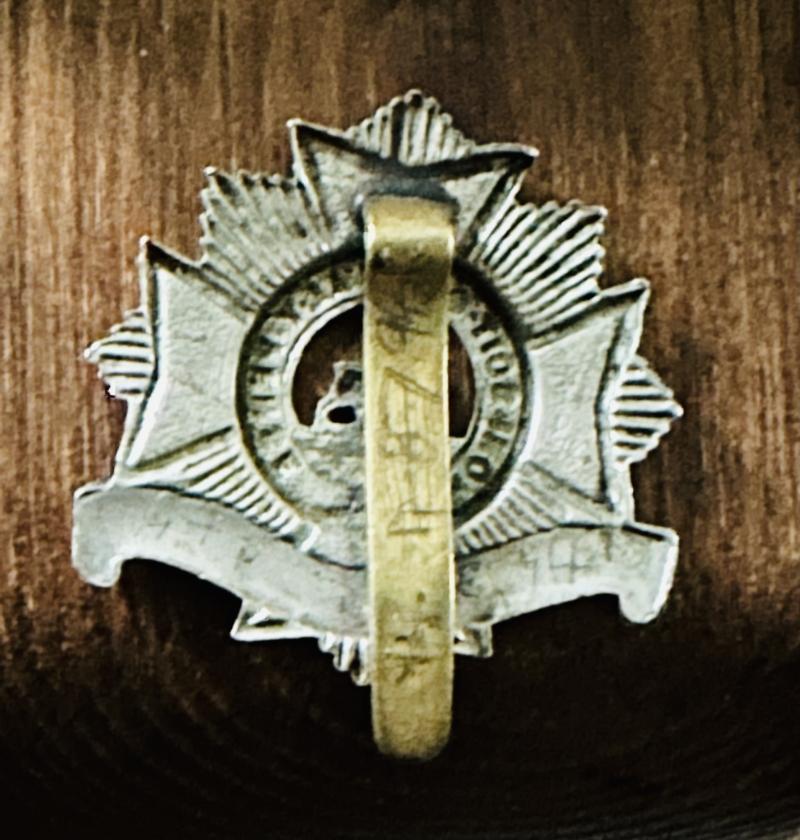 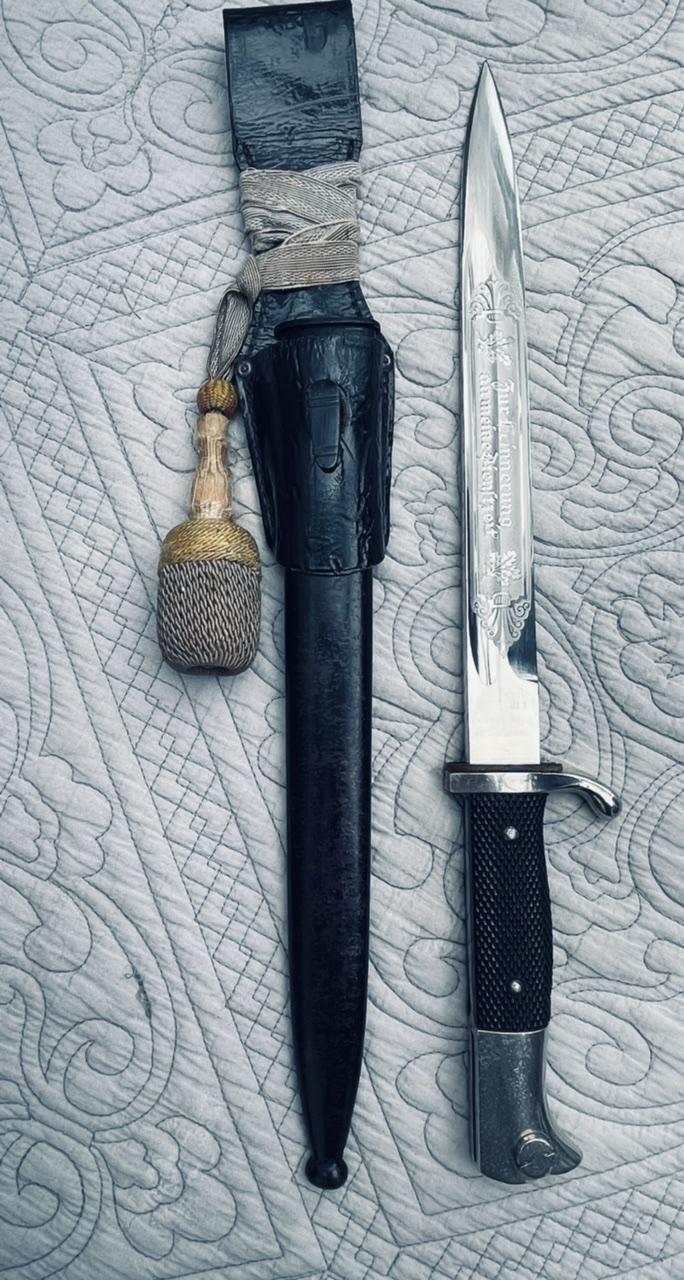 Simply stunning KS98 dress bayonet with a Klaas etch “Zur Erinnerung an meine Dienstzeit..." beautifully carried out on the blade. The blade rates as mint, showing only scabbard runner marks to the area around the point. The ALCOSO mark is well applied. The scabbard is untouched and shows age related wear. The frog retains almost all of its original patent finish. The yellow/white/yellow trodel... read more

An attributed and excellent condition First Pattern Fairbairn Sykes Fighting Knife in its correct scabbard.
If you would like any further information on this iconic knife please contact me either via email or on my number on the home page.
POA due to insured worldwide shipping read more 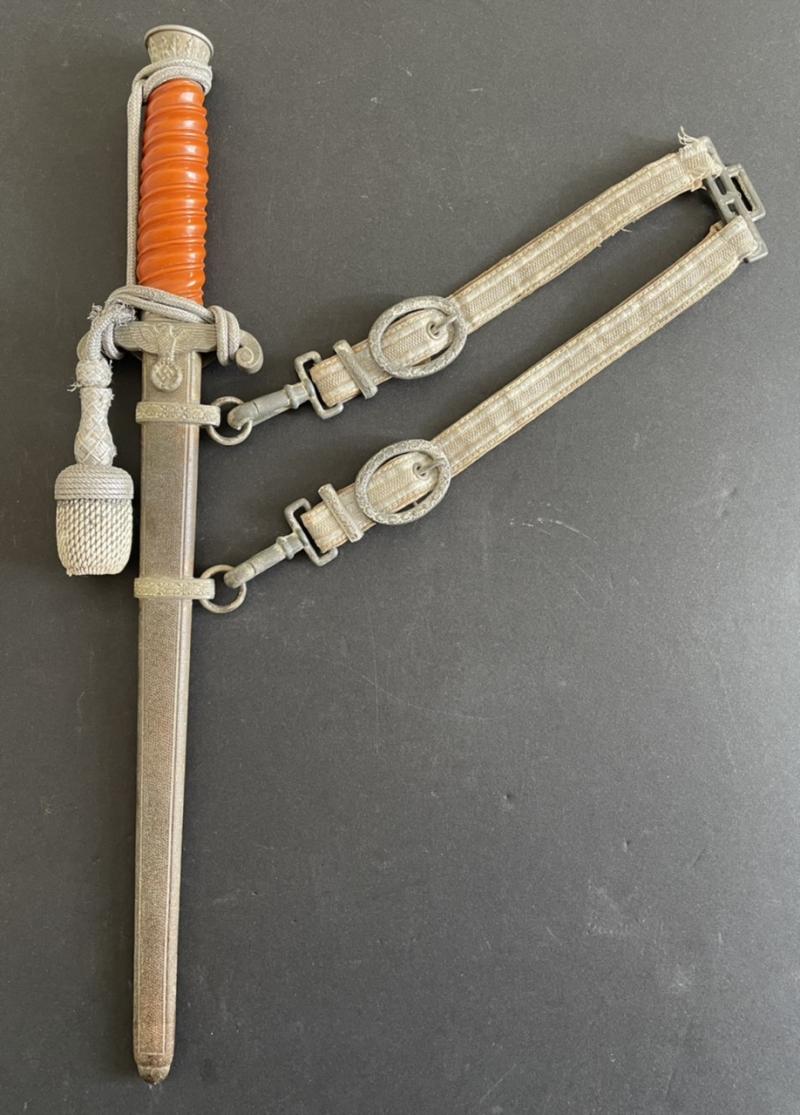 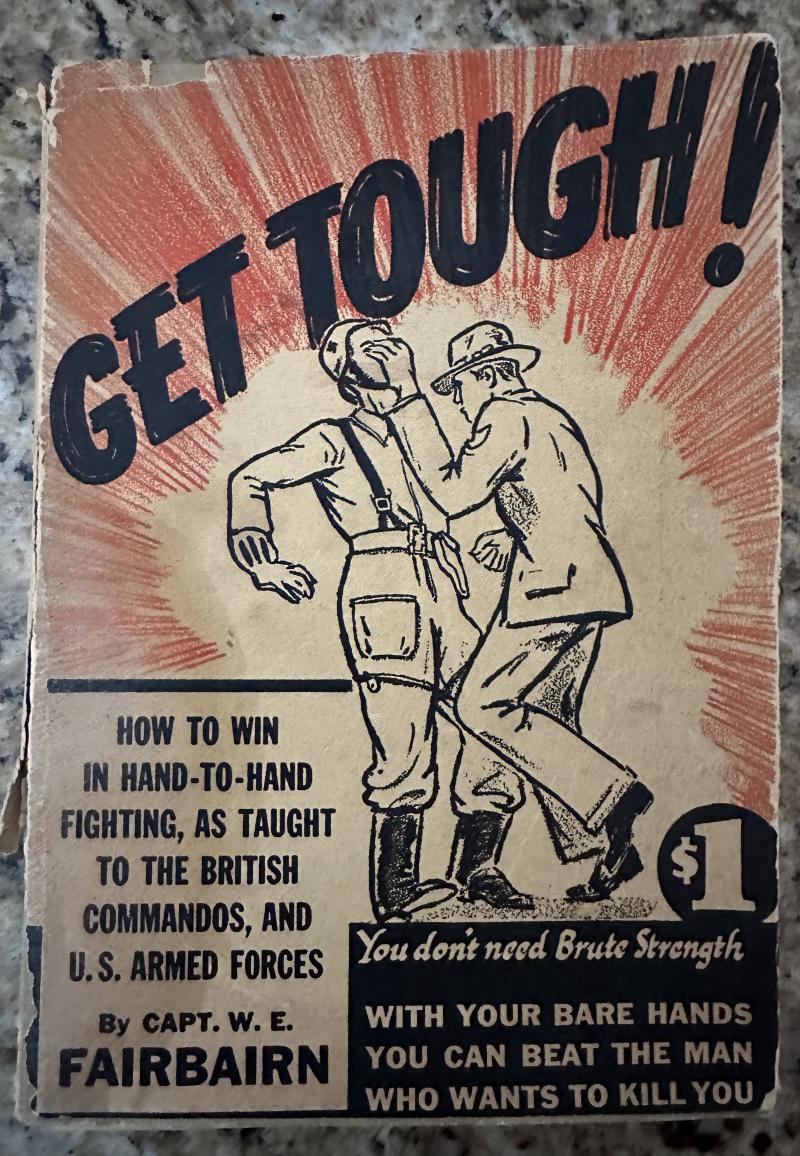 Get Tough by Captain W.E. Fairbairn

Get Tough by Captain W.E. Fairbairn, First Edition, later printings we’re when he was promoted to Major.
Dust jacket broken at the lower spine. The loose leaf prologue come book mark is still in place.
A scarce book read more 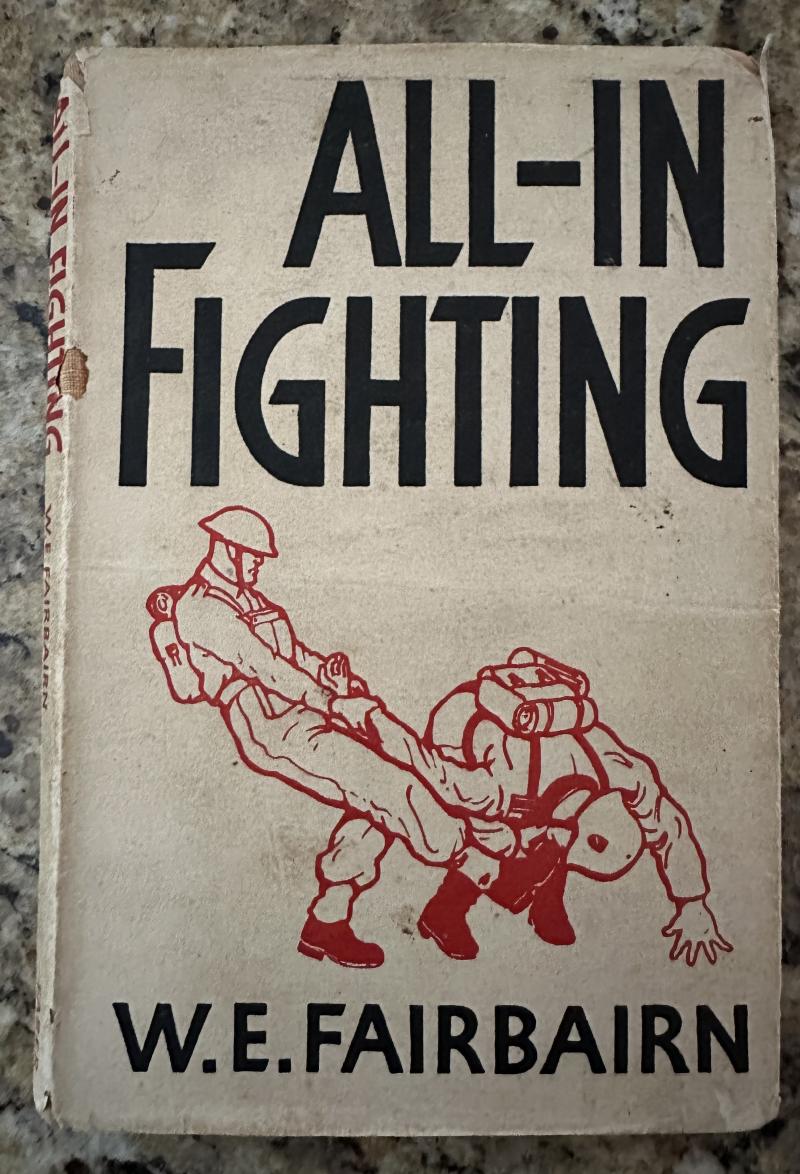 All In Fighting W.E. Fairbairn

First edition printed in 1942 by Faber and Faber Limited and with dust jacket which is complete and in decent condition for its age. A genuinely rare book to find in complete condition. read more 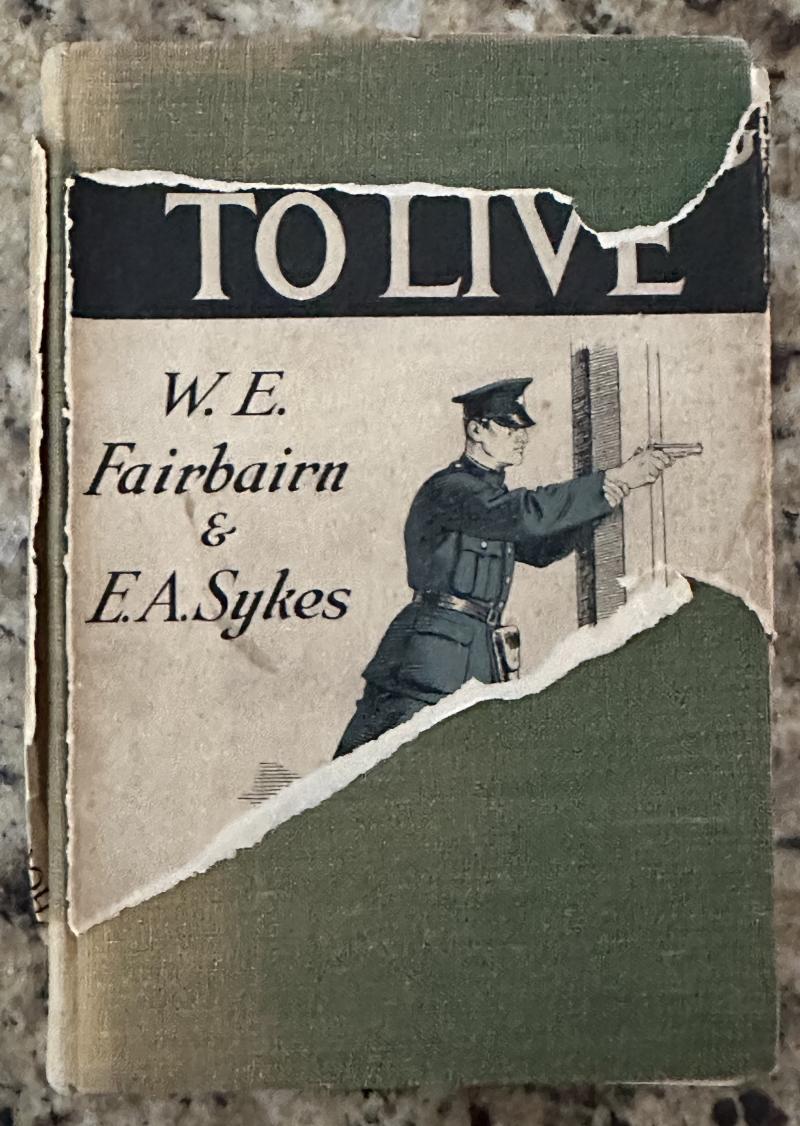 First and only contemporary edition, uncommon. Written by two leading experts in irregular warfare, best known as the inventors of the Fairbairn Sykes fighting knife. Both had formative experiences in Shanghai, Fairbairn as assistant commissioner, Shanghai Municipal Police, Sykes leading their snipers unit. The book "describes methods developed and practised during an eventful quarter of a cent... read more 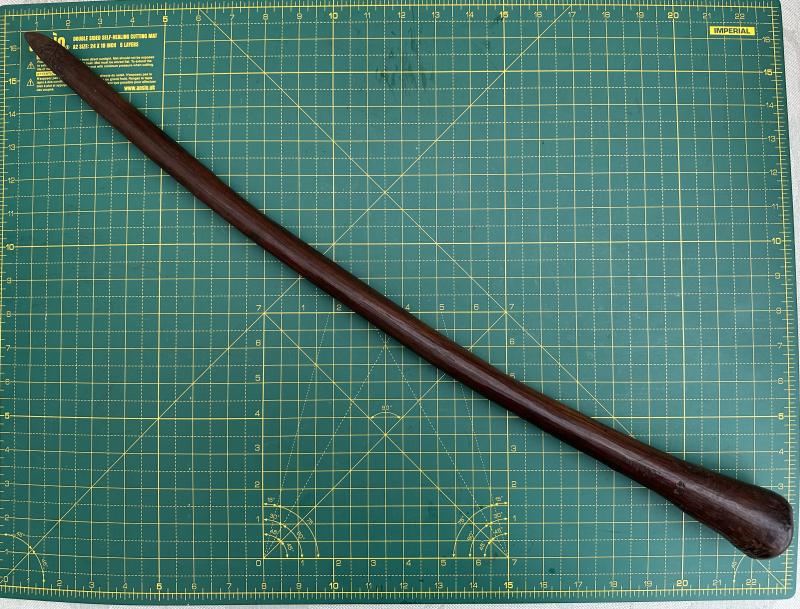 Aboriginal club that is most commonly known as a Digging Club,  these were used to root around for grubs but also delivered a hefty blow to an aggressor if needed. Made from Mulga (Acacia Aneura) a small tree or shrub that is native to the outback areas of Australia. read more